Arcadia Screenings The first International Human Rights Film Festival in Greece launched in December 9 2015 simultaneously in 5 cities of Arcadia : Tripolis,Tegea Megalopolis, Levidi and Dimitsana-Stemnitsa.  60 films of all kind ( Fiction,Documentaries and Animation) from around the world screened in 6 cinema theaters of the region from December 9 -13.Production : StoryDoc, Organizers :Minicipality of Tripolis & Tripolis - Arcadia 2021 Candidate European Capital City of Culture, with the support of the Goethe Institut Athen and the Ministry of Education of Greece. 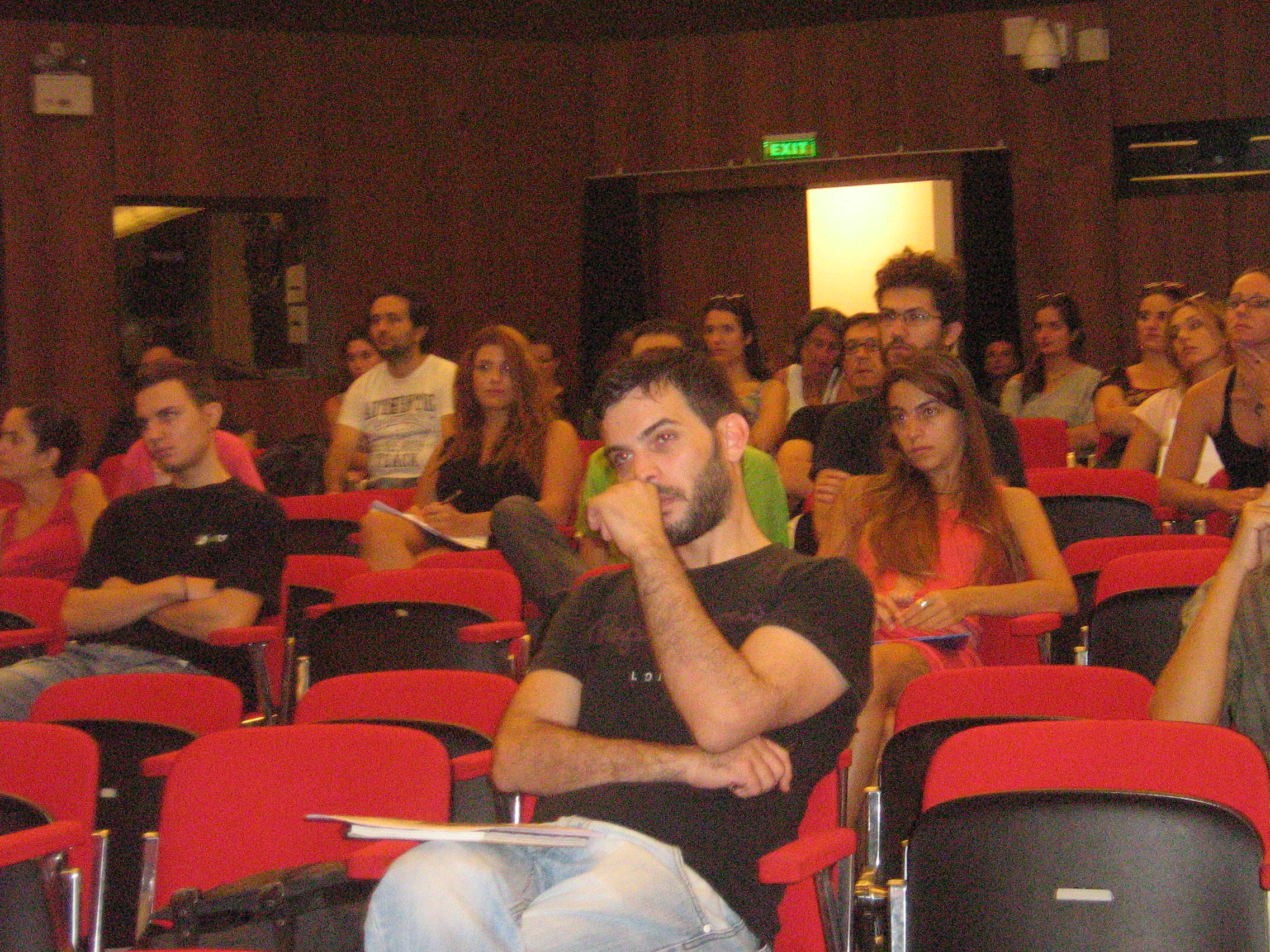 "Make Your Film" in Arcadia.The Municipality of Tripolis, the Organizing Committee of Tripolis -Arcadia 2021 candidate City for European Cultural Capital City 2021 and StoryDoc call for applications for the Cinematographic Workshop " Make your  Film ". Applicants should be residents of Arcadia 16 years old or older. Three intensive workshops will take place  at the  venue of  the Public Library of Tripoli in February, May and October 2016. Click for more to find the call in Greek language.

StoryDoc proudly announces the 3rd edition of the AegeanDocs, the International Documentaries Film Festival. The Festival will take place from September 28 to October 4 2015 simultaneously in 12 islands of the Aegean Sea and in  27 theaters .
Q&A sessions with the invited filmmakers will be host in the main venue of the AegeanDocs Festival in Mytilene, Lesvos and will be transmitted live in all the other islands in theaters where the audience is attending the same film. The live transmission is provided by the  collaborator of the Festival Aegean University.

AegeanDocs is an international Festival of documentary films taking place in Mytilene, Chios and in other 9 islands of Aegean Sea, Greece. Its main aim is to introduce and promote the most important documentary productions worldwide and create an international forum for presentations and discussion about emerging media and information technologies. It is particularly interested in films with political, historical and social subjects. AegeanDocs is organized with the support of North Aegean Region and the collaboration of University of the Aegean. It is produced by StoryDoc organisation. The programme includes a selection of Greek, European and worldwide productions of the last three years, retrospectives, workshops and masterclasses.
Read more...

The AegeanDocs2 Festival, which took place in 2014, surpassed the organizers’ expectations and planning. 101 films were shown in 18 theaters in 11 different islands, with thousands of viewers coming to see them.

Euromed filmmakers collaborate on ‘Life of the Others’ project.

The project is a cultural exchange across the Euromed region and will showcase new work from local documentarians, StoryDoc from Greece, the Association House of Culture and Art (AMCA) from Morocco, the Young Palestinian Filmmakers Society (Palestine) and the Institution of Artists from Algeria supported by Camer Coopérative Culturelle

Young Algerian participants will work and will produce short documentaries in order to screen the world of the Others.
Read more...

Workshop in Morocco , 8-9 March, for the Project The Life of the Others organized by the NGO Association Maison de la Culture and aRT and Storydoc with the Support of ALF. Young Morocians participated in order to make short documentaries to explore the world of the Others.


After the workshop the trainers are pursuing with groups of participants stages of preparing proposals.

The titles of roposals are:

- Arab women and the difficulties

- Poverty and illiteracy and the results of the society

Workshop in Valletta, Malta , 8-9 March, for the Project The Life of the Others organized by the NGO Aditus and Storydoc with the Support of ALF. Young migrants, refuges and Maltese to make short documentaries to explore the world of the Others.
Read more...

Anna Lindgh Foundation - The Life of Others – Palestine Workshop

The training workshop for production of new documentary “The Life of Others” in Ramallah, Palestine took place on 21st and 22nd of February. Malta, Morocco and Algeria will follow. The workshops in Greece have been already done in Athens, Thessaloniki, Tilos island and we are waiting Rhodes. On photo Muslim and Christian Palestinians with African origin are teaching the using of camera and sound. We are very proud of our partners in 5 countries. End of July, the films of 50 young people from 5 countries will be ready.
Read more...

This is the second two day seminar for groups of young people, for developing documentaries about their dreams in the city of Athens, that was finished on the 17th of January 2014. The meeting took place in the cultural center of Agios Eleftherios in the City of Athens. Kostas Spiropoulos and Marcos Gastin were the tutors of the working group that did an exemplary trainning and documentary production session.
Read more...
StartPrev12345678910NextEnd Page 4 of 12