A documentary portrait OF  Dimitris Mitropoulos, the great Greek  conductor, Is Under production by greek filmmakers and producers. George Skevas one of  the associates directors in the documentary series Paraskinio  is the director and Valery Kontakos , founder of the company DOC3,  is the producer of the film. The project is funded by the program TEKMIRIO (GFC-ERT) and was developed through the workshop HistoryDoc which is organized by ERT and EDN . In the 2007 Seminar   Skevas met Kontakos and they both build the creative team for the film. This documentary will be   the first one for the “legend of podium”.since,thirty years ago, in 1979. Manos Efstratiades  had presented a bio- portrait of Mitropoulos at the beginning of Paraskinio on ERT.
Read more...

The First Film of StoryDoc Workshop

The first success for the Development Laboratory of STORYDOC documentary is a fact. The project "The spanish flu was not spanish",became a documentary film for the Greek TV channel SKAI TV entitled  "H1N1 the comeback of the refund. This is directed by Stella Alissanoglou and executive producer Nick Mistriotis. Mistriotis had participated in the firts part of workshop at CHANIA as an observer and he developed the idea  in the period from July until the end of September

The final session of the STORYDOC workshop New Platforms New Politics ended with success in Copenhagen 11-14 November 2009. The workshop was organized in cooperation with European Documentary Network and supported by the Media Program of EU and the Greek Film Center.

The training program was exceptionally intensive with distinguished trainers, producers, directors of distribution and commission editors from Europe, Greece and Israel.

Completed in Chania, the first workshop of documentary development HISTORYDOC, New Platforms New Politics in cooperation with EDN and supported by the Media Program  (1-3 July).

In the VENIZELOS Foundation venue, Chania-Crete, began at the 1st of July the work of the first STORYDOC international workshop for development documentaries 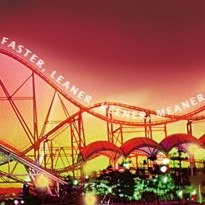