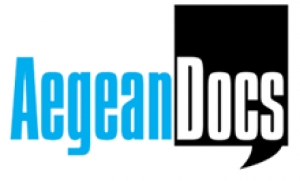 AegeanDocs is an international Festival of documentary films taking place in Mytilene, Chios and in other 9 islands of Aegean sea, Greece. Its main aim is to introduce and promote the most important documentary productions worldwide and create an international forum for presentations and discussion about emerging media and information technologies. It is particularly interested in films with political, historical and social subjects. AegeanDocs is organized with the support of North Aegean Region and the collaboration of University of the Aegean. It is produced by StoryDoc organisation. The programme includes a selection of Greek, European and worldwide productions of the last three years, retrospectives, workshops and masterclasses.

Application submission
All submissions are made on-line through the link found on the Festival’s official page (www.aegeandocs.gr).

Each submission must include:
A. a completed application form that includes

-Summary of the documentary

-Dialogue list of the documentary in English, including the narration

-One photo of the director

Film Submission
Deadline for all applications is May 31, 2014. The evaluation will be made by a committee and the final selection by the Director. Entrants will be notified by e-mail until June 25, 2014.
Entrants whose films will be selected, should submit by post:

2.a trailer with English subtitles for promotion

All materials should reach the Festival offices by July 5, 2014.

1.There is no entry fee.

3.The Festival has the right to reject any application if it is not fully completed or the materials do not reach the Festival offices in time.

4.The Festival decides and is responsible for the screening schedule of the film (day and hour) and may organise screenings of the film in any theatre of the 2nd Aegeandocs during the Festival.

5.The Festival has the right to reject any material which does not further the character and objectives of its programme.

6.The Festival may use limited excerpts of the film or the trailer for promotional purposes.

7.articipation in the 2nd AegeanDocs International Documentary Film Festival implies acceptance of the above regulations.