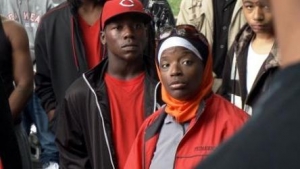 If you’re going to try and do something about the spiraling epidemic of violence on the streets of Chicago, you better know what you’re talking about. “The Interrupters” do - all former gang members, when they gather as a group they bring 500 years of prison time to the table. As members of the experimental anti-violence programme CeaseFire, The Interrupters aim to intervene in conflicts before they explode into violence. At their heart is Ameena Matthews, an ex-gang enforcer and daughter of a notorious gang leader, she launches herself into the middle of erupting conflicts, using her rhetorical gifts to cool the hottest heads. Academy award nominated director Steve James (Hoop Dreams and Stevie) working with acclaimed author Alex Kotlowitz follows follows The Interrupters for a year. He delivers an epic and ultimately uplifting film which chronicles the difficulty of breaking generational cycles of violence, and the potential for redemption which lies within every one of us.