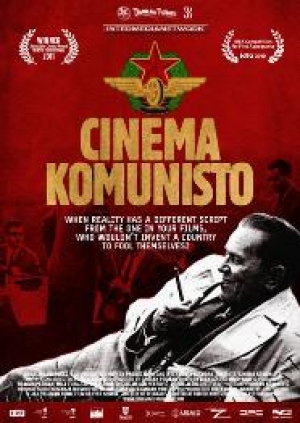 For 32 years, Leka Konstantinovic was the personal film projectionist for Yugoslavian President and noted film enthusiast Josip Broz Tito. Tito's cinephilia is legendary, and includes such startling but charming anecdotes as his order to blow up a functioning bridge to achieve a more accurate shot for a film, or hiring out the entire nation's navy to serve as movie extras as part of their compulsory military service. But Marshal Tito's efforts were not mere caprice, rather part of a concerted effort to imbue the new postwar state of Yugoslavia with a mythic history and national image through the magic of the movies.

Comprised of interviews with Konstantinovic and other important figures in the brief but glowing history of Yugoslavian cinema, Cinema Komunisto examines the intersections and contradictions of image and reality in the process of 20th-century nation-building, while also satisfying cinephiles with a wealth of gorgeous archival footage from more than 60 classic films. Yugoslavian film production collapsed after Tito's death, along with the country itself, but both are briefly resurrected in this vibrant, fascinating celebration of a film industry—and a nation—that no longer exists.