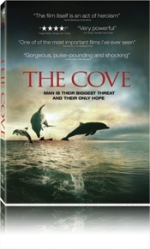 Academy Award® Winner for Best Documentary of 2009, THE COVE is to bedistributed in Athenian cinemas by December 9,2010
Read more...

The Game must go on 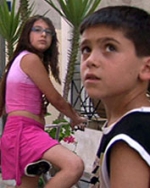 One of the best Greek documentaries of all times. Four kids from Patras bring down society. The moment of small giants. The moment of hope and optimism. A film that destroys our preconceptions and reaches for the sky. It will blow your mind!"

"An original story of activism transforms itself into an exhilarating social testimony full of humour, cinematic talent and political poise with four unforgettable little heroes."

In a crowded part of a Greek city, each day after school, Alexandra, Vlad, Chrysa and the rest of their crew gather in front of Christos’ house to play soccer until bedtime. But as soon as they begin, the neighbours assault them with curses, threats and sometimes violence. The kids’ reaction is fiercely defiant. There’s nowhere else to go.

Alexandra decides to talk to the mayor and insist that he see the situation for himself. Thus begins a yearlong campaign to get the town to build them a play area.

Over this time the kids’ lives and perceptions are revealed while their determination and friendship fuels their coping skills and sharpens their resolve. Intimate access to a remarkable cast of characters will make for an engaging film and series.